Lightwater Group is a diverse and developing group of companies. As family owned group the core business is Lightwater Quarries Ltd and its subsidiary companies of Lightwater Concrete and Concrete4U which operate from the villages of North Stainley and Masham.

The businesses are evolving and developing all the time with the core value and goal of being the most sustainable quarry and concrete operation in the UK, in doing so we hope to lead the way for sustainable development in the industry whilst ensuring a thriving local environment for both people and wildlife.

This commitment to the future sustainability of the company, environment and community underlines much of what we do and drives our ambition and enthusiasm to find new and environmentally friendly ways of working. We welcome new technologies and hearing about solutions to operations that may impact the environment in which we work and improve the area for generations to come.

The Great Crested Newt is found on site due to the existing quarry operation and the creation of lagoons which are used as a recycled water supply for the washing of our magnesian limestone.

The great crested newt requires quite a diverse habitat, from the breeding pond where they are born and which they will return to later to breed to woodland where there are plenty of frost free places and underground crevices where they can hibernate. Hibernation periods for newts vary depending on regional weather conditions however most crested newts will be in hibernation from late autumn until spring.

Our lagoon area and the surrounding rugged, frost resistant limestone and the woodland we have also created a habitat for crested newts which in many ways is better for them than any natural water source as it contains none of the fish which would be the crested newts natural predator therefore allowing the colony to thrive.

The same principle applies to our pair of Peregrine Falcons, which have now been with us for over 4 years. Peregrine Falcons have an incredible homing instinct that leads them back to favored aeries. Some nesting sites have been in continuous use for hundreds of years, occupied by successive generations of falcons. Although predominantly seen in coastal areas or in desert tundra Lightwater Quarries have created an ideal habitat for these birds of prey, an accidental but happy event. The landscape of lagoon and quarry makes an ideal habitat for these nesting birds and the creation of woodland as part of the quarries wider sustainability strategy has provided these birds with some ideal hunting grounds.

Lightwater Quarries is also home to a colony of Sand Martins. As the Sand Martin prefers to live in sand banks close to water and nest within vertical a wall of sand, as this makes it harder for predators to climb to the nests, we have created an ideal habitat for them within the Quarry at Potgate.

The area where we have created the habitat has been cordoned off to ensure the nests are not disturbed by our normal activity. Surrounded by lagoons, natural grass and woodland quarries often provide an ideal nesting place and without the quarry activity the Sand Martins would never have been able to use this area as a nesting ground. 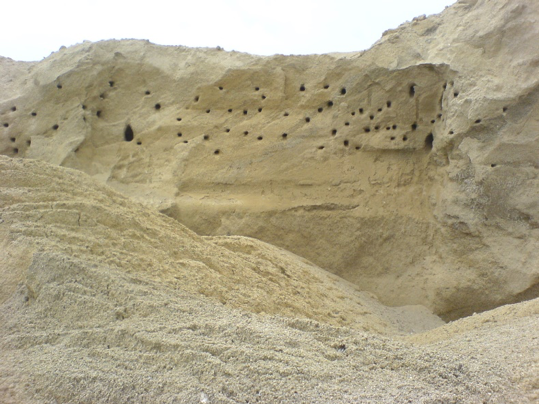 The Quarry at Potgate is home to a couple of Oystercatchers who taken an interest in one of our stockpiles of material. Due to the stockpile now playing host to these stocky, black and white wading birds we have quarantined part of the quarry and hope to have them visit us for many years to come. Because it eats cockles, the population is vulnerable if cockle beds are overexploited and while traditionally they breed on UK coasts; over the last 50 years, more birds have started breeding inland and the creation of lagoons and sand stockpiles in quarries are an obvious and very hospitable environment for Oystercatchers to migrate too.

Furthermore, we intend to introduce native White Clawed Crayfish into our restored ponds, which will co-exist with the Great Crested Newt and remain protected from their American cousins, given the physical protection and isolation the site offers. White Clawed Cray Fish have suffered a decline of 50% – 80% in the last 10 years and is classified as “endangered” on the IUCN Red List of Threatened Species and is at risk of global extinction. This will obviously be a very valuable initiative if successful!

The woodland at Lightwater Quarries has provided the perfect home for a badger set; badgers like to live at the edge of woodlands and are often found close to quarries and farmland.

Our badger set is home to a family of badgers. With badgers living in groups of between 2 and 20 they have quite an extensive tunnel network as their home, although we do not know how many badgers live in the set near us we will protect their habitat and hope they thrive in the environment we have created for them.

With such a diverse and thriving range of wildlife as part of the group’s current quarry operation it is very important to us that we continue to protect the many species’ which have made the quarry there home. Any and all restoration plans include for the preservation and protection of the habitats we have both accidentally and purposefully created by having quarry operation in the area.

The estate has planted in excess of quarter of a million trees (excluding bio-crops) on its land within the locality of Potgate Quarry in the last 50 years; an example being the extension of Five Ponds Wood planted over 30 years ago. Prior to this planting programme, the Estate historically only had two woods, namely Potgate and Jubilee. We now have ten woods and a plethora of woodland belts (all a minimum of 30 years old), now managed via a new Woodland Management Plan, part of which includes the on-going identification and management of both existing and future veterans. The majority of these trees have been funded directly by Lightwater Quarries.

The calcareous grassland found within the boundaries of the existing quarry to the entirety of the restored ridge, currently found at the southernmost point of the site can provide a natural habitat for over 40 species of rare wild flowers and plants grow on the grassland which have a tendency to flower during the spring and summer months and attracts rare species such as the wart-biter bush cricket, Adonis blue and Duke of Burgundy butterflies and bordered gothic and four spotted moths.

Limestone grassland has become rare in the UK as after world war II the land was used for arable farming and cattle grazing, through restoration of magnesium limestone quarries we are beginning to see its return, creating a home for some of our more beautiful wild flowers and rare insects.

Whenever we acquire less productive arable land, we plant Willow or Miscanthus on it to support our biomass heating system.  Both crops thrive in poorer quality soils.  This also applies to any poor quality land already in our ownership and we now have 7.3 Ha of biomass crops under our direct management.  This means every square inch of agricultural land under our ownership is now being used for the production of one form of crop or another, thereby maximising our overall efficiency. 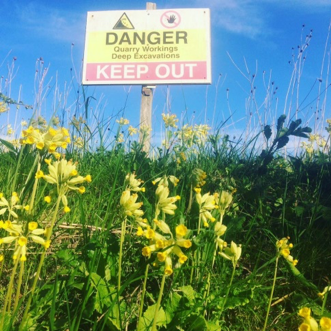 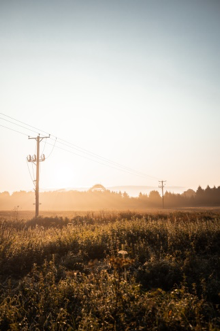 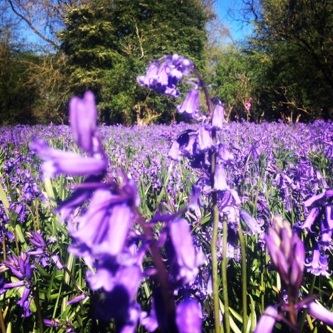 Our carbon footprint is reduced and managed through our Carbon Offset Programme, growing Willow & Miscanthus to feed our bio-mass heating system, thereby reducing our reliance on fossil fuels elsewhere in our business. (Whenever we acquire less productive arable land, we typically plant Willow or Miscanthus to support our biomass heating system) In addition to the bio-mass heating system we operate three solar arrays. Each of solar arrays runs on a 240kW system comprising of approximately 950 panels. To put this into perspective an 8kW system can generate around 7,600 killowatt hours of electricity per year – this is the same amount of electricity as used in a standard household and will save nearly four tonnes of carbon dioxide each year.

The first array supplies Lightwater Valley Theme Park and at the moment is generating 45% of their total power usage.
The second solar array feeds directly into the grid and the third powers Potgate Quarry. This third development is very exciting for the quarry business, and the group, as it makes Potgate Quarry the ‘greenest’ magnesian limestone quarry in the UK. 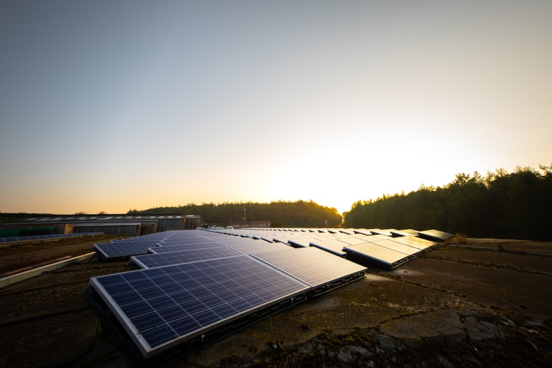 In terms of sustainable transport, Lightwater Quarries operates the largest fleet of volumetric concrete trucks in the region, trading as Concrete4U. The business model is based on multi-drop, zero waste, only pay for what you use proposition. This significantly reduces road miles and visits to the quarry to refill as typically 3 or 4 deliveries can be made from one truck in any one journey. This approach to transportation is a significant saving on road miles from utilising conventional drum mixers for concrete deliveries as they must return to their base of operation after each delivery.

In addition to the obvious environmental benefits of operating our Concrete4U business our quarry fleet is managed effectively through our weighbridge and careful shipping of materials ensuring wagons return to the closest quarry and run empty as little as possible ensuring no journey is wasted.